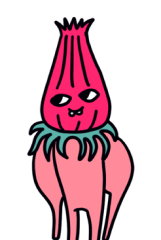 Human Rights on the Internet

Types of violence affecting the community

Normalization of violence to LGBTQI+ people on the Internet has prevented women from meaningfully exercising their right to freedom of expression: a precondition and essential for equal participation. Some of the forms of digital violence include:

This type of violence is prohibited by the American doctrine of freedom of expression (Art 13 of the American Convention on Human Rights). Hate speech on the Internet refers to any use of electronic communications technology to disseminate homophobic, anti-Semitic, racist, bigoted, extremist or terrorist messages or information. These electronic communications technologies include all platforms on the Internet: websites, social networking sites, user-generated content on the web, dating sites, blogs, online games, instant messaging and email, as well as other computers and cell phones.

It is the intentional and repeated harm inflicted using computers, cell phones and other electronic devices".

This type of violence must include the following elements (according to the Cyberbulling Research Center):

It is the publication of content, generally images with explicit or suggestive sexual content, without the consent of the person depicted and which were taken within a private environment. Images with sexual content are typically distributed in mass media such as the Internet, both by ex-partners and by strangers with unauthorized access to intimate images and recordings of the victim. Learn more: Dissemination of non-consensual intimate images - TEDIC

Consists of one or more persons using technology to monitor, harass, stalk, harass, ambush or seek to establish contact or proximity with a person in such a way as to disrupt the normal conduct of his or her daily life. These are acts that may occur on a one-time or repetitive and unsolicited basis, against a person, groups of people or organization that are perceived as intrusive or threatening. Learn more: Gender-based violence through digital media in Latin America.

These are those carried out in a coordinated manner and by more than one person against another person, a specific publication or a page on social networks. The purpose can range from dissemination of personal data to cause harassment and bullying, or even to achieve the deletion of the victim's profiles, create false identities to spread false publications and news. Learn more: Tecnoresistencia.

These are actions that seek to exclude a person because of their physical characteristics, gender identity (the LGBTQI+ community is the most affected, opinions, among others. Such actions are related to homophobic and LGBTQI+ phobic speech. This type of harassment attacks the LGBTQI+ community and any content that challenges heteronormativity. It uses humiliating messages that seek to ridicule and delegitimize people's sexual orientation and gender identity. These are common especially in the case of lesbian women or trans women. Also, they are threatened with explicit sexual violence. Learn more: Tecnoresistencias.

It is the use or forgery of the identity of a person, group or organization without their consent. The creation of these fake profiles uses the image or information to deceive others. It seeks to violate the right of LGBTQI+ people to also exist in these spaces. In addition, identity theft is used to circulate false information in the name of the victim and thus discredit them, seeking to humiliate, embarrass or isolate the person from their close social environment, against their will, thus exercising psychological violence.

Consists of the deliberate intention of not allowing a person in a social group, either at work, school or anywhere else, to engage in dynamics where other members do participate, such as WhatsApp groups, online games or any other type of activity that takes place on the Internet. In the case of younger children, exclusion can affect the development of self-esteem.

The cancellation culture only aims at attacking, scrutinizing and ceasing to support the person or entity that reproduces reprehensible and questionable behaviors, but does not raise the need to combat the systemic and institutional patriarchal scaffolding. This is when cancellation is shaped as a similar form of digital violence and consists of stopping consuming or following a user in retaliation for having a questionable attitude. This form of violence can be in response to comments made by a public figure or content creator and has a negative impact on the perception that others may have of them.

These are criminal forms of harassment that involve an adult contacting a child or adolescent in order to gradually gain their trust and then engage them in a sexual activity. This behavior has different levels of interaction and danger: from talking about sex and obtaining intimate material, to actually having a sexual encounter. Learn more: Save the children

Recommendations to protect our LGBTQI+ community

Tools to defend the community

Encrypting information means hiding the content of a message from the naked eye, so that a specific technological interaction is required to reveal the content. Encryption can be applied to content such as files, data, messages or any type of information.

It helps to make communications safer on the Internet. Encryption can be a powerful tool that encourages people to use the Internet to come out of the closet in a safe way. Examples: for many teenagers, who still live at home with family members who reject them, encryption may be the only tool that allows them to come out safely and on their own terms. Accessing information searched on the Internet without the surveillance of third parties (companies, states and conservative individuals). Learn more: Encryption: a must for the LGBTQI+ community.

This is based on the fact that providers give access to content without favoring one network participant over others. In other words, it treats all connected devices as equal with respect to the data packets they carry. According to this principle, a person should not notice any difference if he/she browses two pages or downloads two files that are the same regardless of where they come from. If two files weigh the same, they should be treated the same regardless of their origin.

The importance of this principle for the LGBTQI+ community is that it guarantees equal access to content. It avoids first and second-class content. Within this reasoning, privacy is also protected because if in any way Internet Service Providers (ISP) could access the data to know who connects to what and from where. This allows websites, online artistic expressions and contents in general of the LGBTQI+ Community not to be discriminated on the Internet by ISPs, nor by the States. Learn more: What is net neutrality and why should you care? - TEDIC.

Is a pro-active principle applied to technological development whereby data protection is incorporated into products and services from their conception as a predetermined factor. In this way, personal data are treated in accordance with the stipulations of the data controller, throughout the entire life cycle of that information: from its collection to its final deletion.

This principle obliges States, companies, people who generate technological tools to apply point-to-point encryption, consumer protection, privacy, algorithmic transparency, among others. It also allows that the technological solution does not discriminate against any person on the basis of group, class or perceived categories such as sexual and gender identity. Learn more: Digital Economy - TEDIC.

LGBTQI+ people face disproportionate health risks and unequal access to health services. Due in large part to systemic, structural discrimination and lack of access to relevant sex education. This same problem carries over to the Internet: if States ensure access to quality Internet for all their inhabitants, it will be possible to address the barriers inherent to communities on the wrong side of the digital divide and unleash new innovative trends in our countries and enable these communities to access the same opportunities as other people.

In addition, LGBTQI+ people are less likely to seek health care due to:

Teleconsultation can be an important ally in supporting the community. Health care decisions come with additional complications. Many LGBTQI+ people struggle to find a physician to whom they can disclose their sexual identity and gender. This causes many LGBTQI+ people to avoid attending a doctor's office. For these instances, teleconsultation solutions could provide a trusted link for real-time consultations with care that would otherwise be unavailable in their community. Learn more: Mente en Línea.

You can record evidence and reports

Are you in a situation of violence and want to exercise your right to access to justice? Here are the steps to follow: it is very important that you collect and preserve the evidence of your case in the most complete and orderly way.

Describe the facts, what happened?

Briefly describe each event clearly enough so that someone who does not know much about the case can understand it. Be sure to include date, time and anything that identifies what happened.

Capture the screenshot of the post or email containing the harassment. If it is a photo or message, take a screenshot or print it. If they are voice messages, audios or videos, save them in an external disk (or flashdrive USB). Always keep a back-up copy. Identify the address of the site from where the video is being broadcast and of the user's account on the platform.

If you think it is necessary, file the documents with a trustworthy notary public.

Make a report on social networks

If the case has occurred on a social network, it is important that you report it on their platforms under their community standards criteria. They are generally not in favor of discrimination, hate speech, or online harassment.

If the online harassment took place through messaging, keep in mind that in order to request the contents of the messages, you will have to do so with a court order (via evidence warrant). Don't forget that conversations are usually encrypted end-to-end: this means that messaging companies will only be able to provide metadata of the conversation, but not the content. Learn more: Acoso.online

Resist on the Internet

Silence or block the aggressor and configure your privacy in your networks: restrict your visibility through your profile settings. Choose who can see your content. Follow the steps described in the digital security block.

Report it to the courts

Check the legislation in your country for these cases.

In the criminal jurisdiction: depending on the type of violence and the typification of your country, you can know if the action will be public (with a complaint to the police or prosecutor, the prosecutor will conduct the investigation) or private (it is promoted through a complaint from the public defender or private lawyer).

In the civil court: the lawsuit is always filed with a person who is registered as a lawyer.

Talk to your community

These tasks can be overwhelming for LGBTQI+ people who are going through this situation. It is recommended that you have the support of a trustworthy person to assist you in gathering evidence and mitigating the effects of the violence. Identifying, recognizing yourself as a victim and supporting yourself are not steps that one person can do alone. Engage in dialogue with your LGBTQI+ community.

Join this self-paced course for activists and human rights defenders. 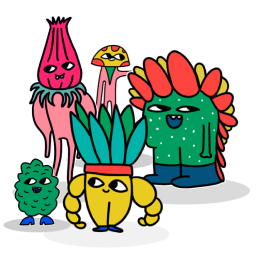